Afghan Whigs "Do The Beast" CD 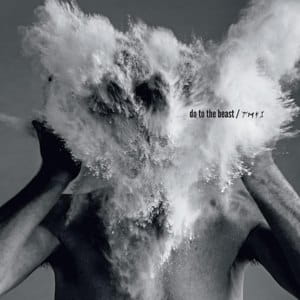 "Do To The Beast" is the first new album by THE AFGHAN WHIGS in over a decade and a half. Founded in Cincinnati, Ohio, in 1988, the band has long stood out from its peers, with their savage, rapturous blend of hard rock, classic soul, and frontman Greg Dulli's searing angst and obsessions. The new album is both a homecoming - it marks their return to Sub Pop, for whom the Whigs were the first signing from outside the label's Northwest base - and a glimpse into the future of one of the most acclaimed bands of the past twenty-five years. "Do To The Beast" is an appropriately feral title for one of the most intense, cathartic records of Dulli's entire career. It adds fresh twists to THE AFGHAN WHIGS canon: there's the film noirstorytelling of "Black Love", the exuberance of "1965", the brutal introspection of "Gentlemen". However, the album exudes a galvanized musical spirit and rhythmic heft that suggest transcendence and hope amidst the bloodletting. Recorded in L.A., New Orleans, Cincinnati, and Joshua Tree - a virtual map of the band's past and present homes, the album features THE AFGHAN WHIGS co-founders Greg Dulli and John Curley, along with the core band of guitarists Dave Rosser & Jon Skibic, multi-instrumentalist Rick Nelson, and drummer Cully Symington. Also featured are soul iconoclast Van Hunt, Mark McGuire (Emeralds), Johnny "Natural" Nagera (Usher's musical director), Alain Johannes (Queens of the Stone Age, Arctic Monkeys), Clay Tarver (Bullet LaVolta, Chavez), Dave Catching (QOTSA, Eagles of Death Metal), among others. THE AFGHAN WHIGS will tour worldwide in support of "Do To The Beast" - kicking off an extensive jaunt with a performance at Coachella 2014 in late April.